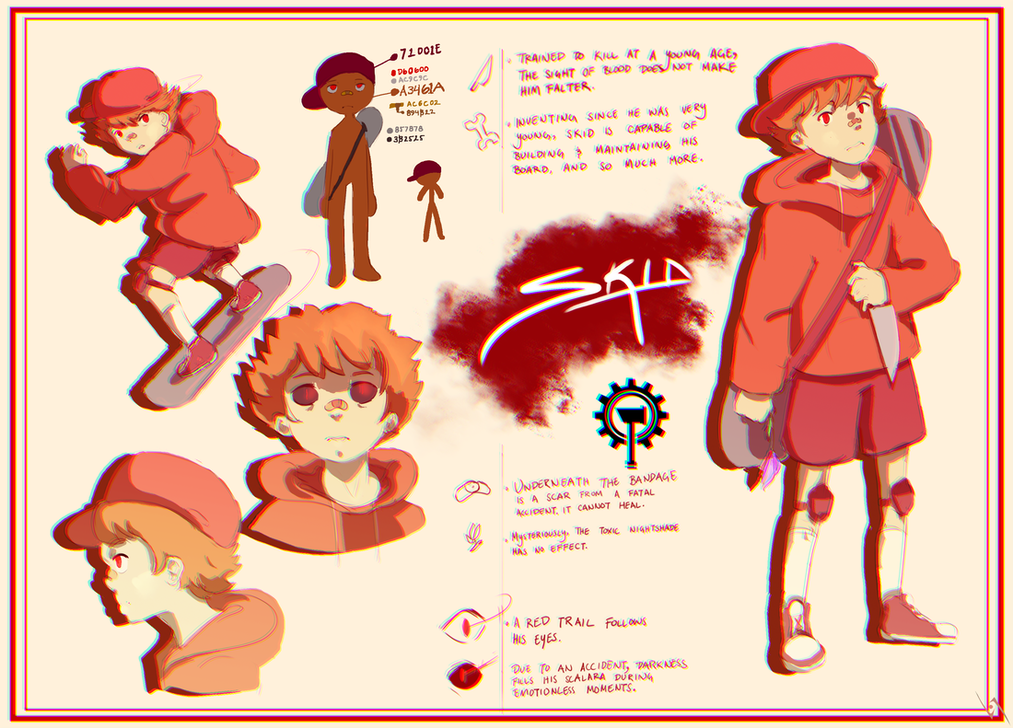 Originating from Blackwatch, Skid’s heritage is one of pride; notorious for his family’s high ranks in the army and noted within Blackwatch’s legacy. His grandfather played a crucial role in the Aetherian war, and Skid’s own father is a well-respected general, anointed with the task of guarding Blackwatch’s rice preserve. To continue the family legacy, Skid was taught how to fight from a very young age. He was taught skills such as how to kill, as well as the essence of ruthlessness and apathy. Because of this, he learned to not get too emotional over anything. Skid himself is an expert at engineering, and his work with weapon design only reflects his talent as a prodigious inventor.

Despite his gifted skills with inventions and his experiences with combat, Skid’s imagination and plans puts concern with his father and the rest of the army, cutting him short of being a soldier, let alone a respected one. Skid often utilizes the use of rice in his hypothetical blueprints, which were immediately discarded by his father and other Blackwatch inventors, for it was not their way of life. However, he continues to imagine the potentials of rice, not caring what others thought of his designs. Eventually, his daydreams were so strong that his father forced him to take up a different hobby, and Skid chose skateboarding, eventually using this skateboarding skill alongside his combat training, which furthermore progressed into having made his own hoverboard.

While boarding one day, Skid recollects his past daydreams, causing him to believe that rice was the best option for fuel-efficiency instead of Blackwatch's bulky chunks of coal. Therefore, he remodeled his board, this time, with an Aetherian core found from a fallen ship. At last, he was finally satesfied, but others were not. They threatened to take away the board, and Skid himself. Out of options, he left Blackwatch, wandering Cier in order to get away from his past.

And that is Skid' story. Or, at least, that is what is revealed on the surface. As he learned from his training, there are always secrets that need to be kept. However, as a growing adolescent, Skid's story is far from finished. 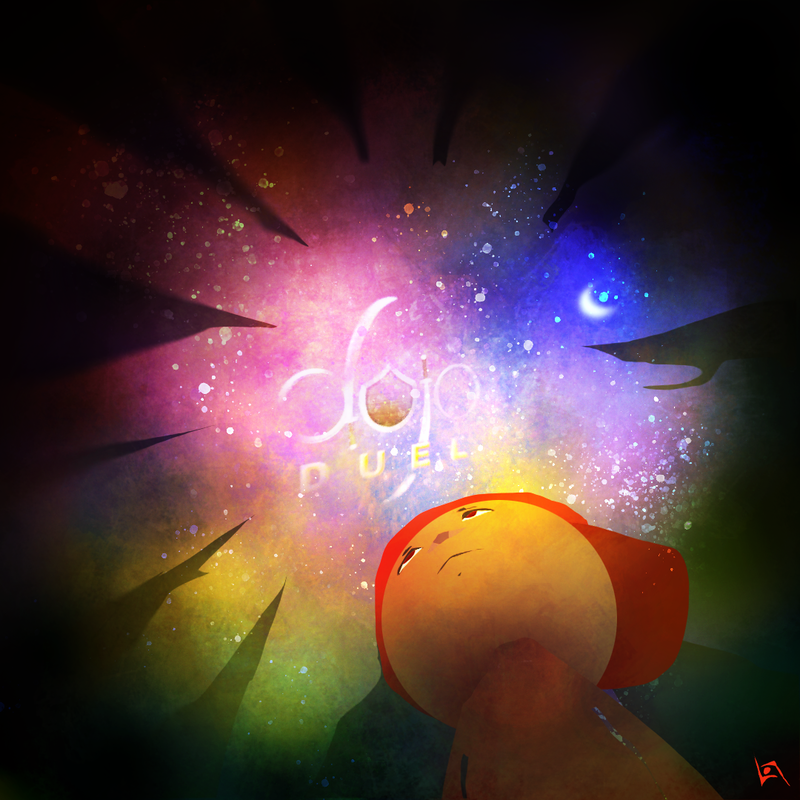 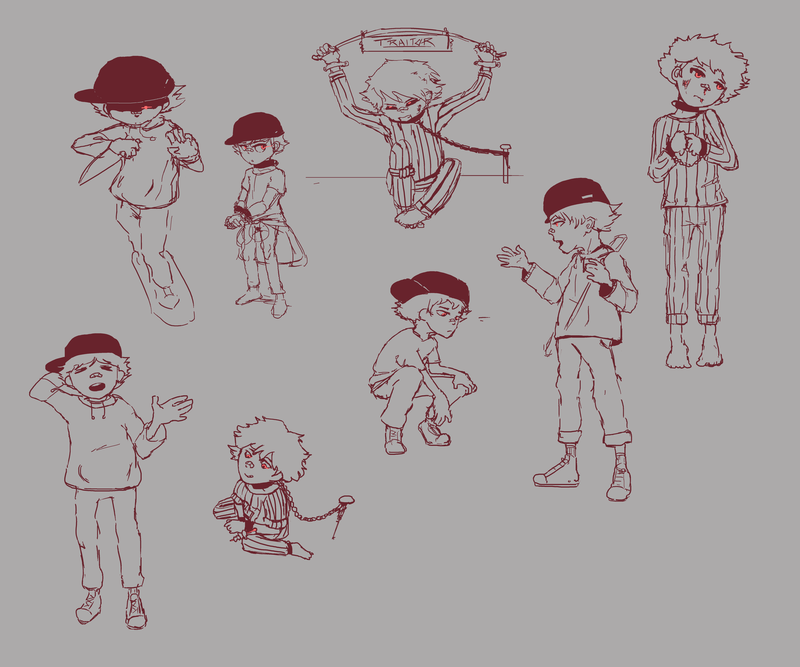 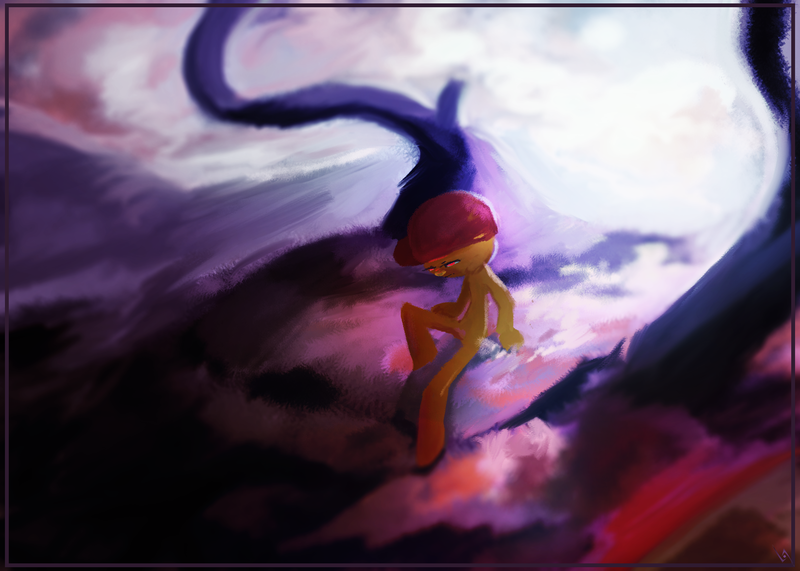 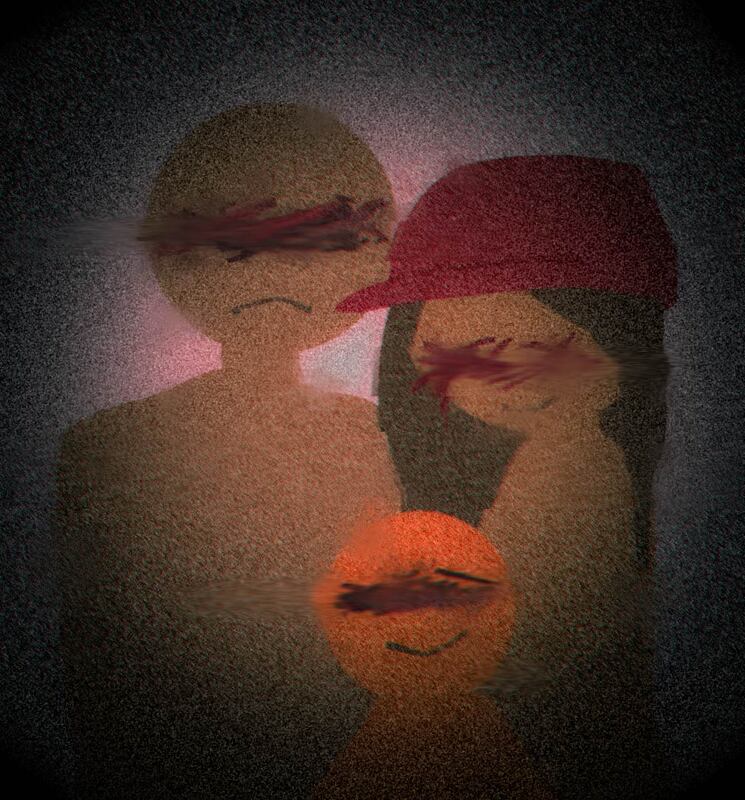 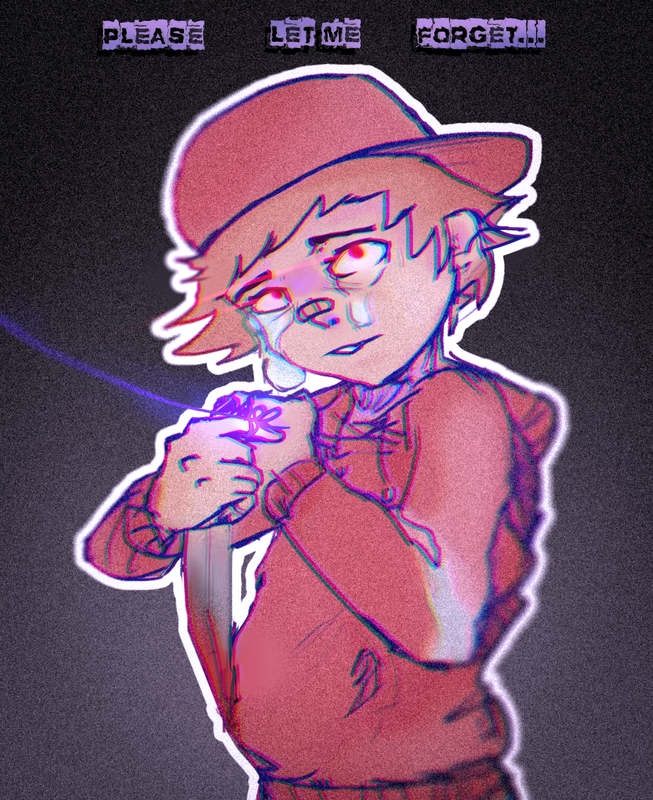 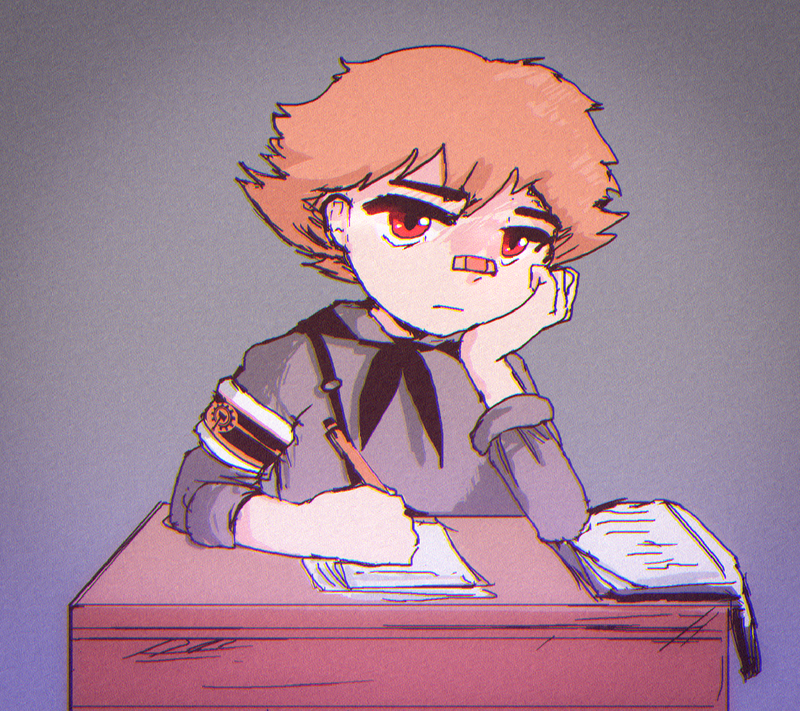 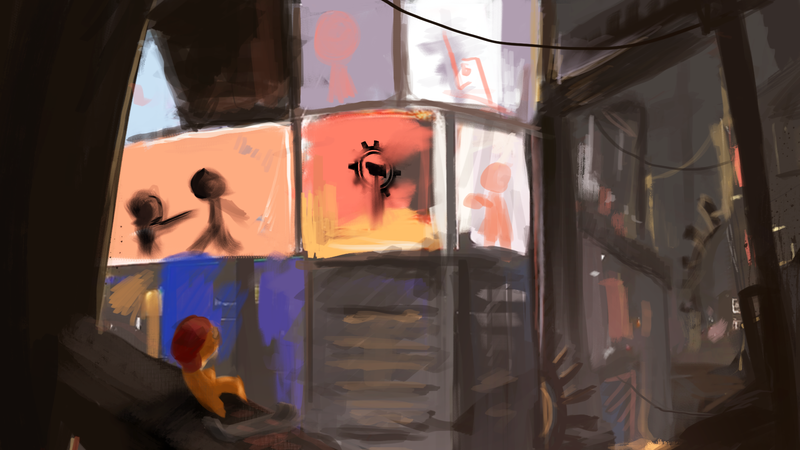 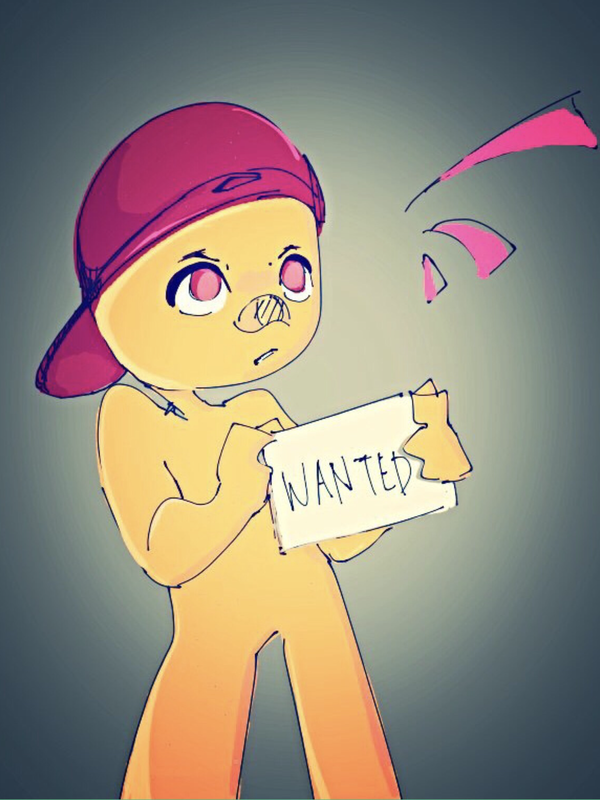 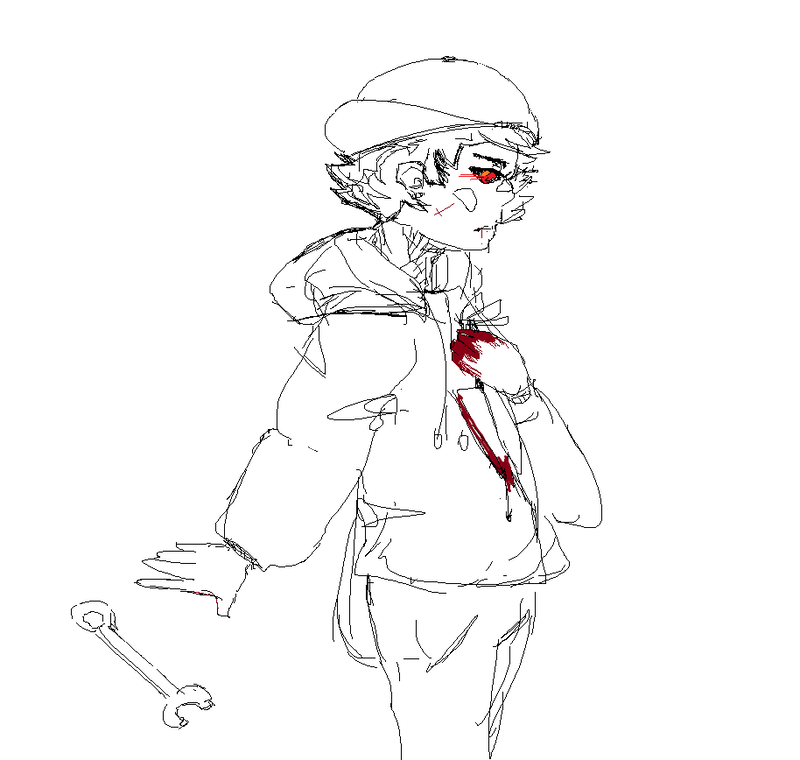 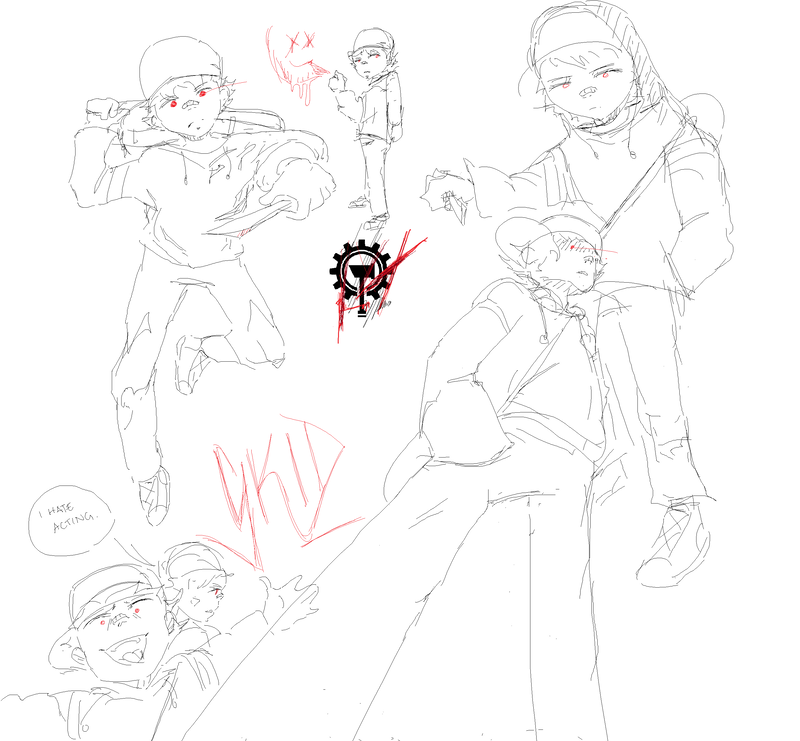